It’s been a pretty busy year so far in the teaching department. I started out in Williamsburg at the “Working Wood in the 18th Century” symposium with some lecturing and demonstrating on the subject of Rhode Island furniture makers. Had a great response and also a really fun event to be at. Will definitely be there next year!

In early March I was at CVSW teaching Bob VanDyke’s dedicated group how to carve shells. Always a nice time there and some really good woodworkers showed up, so it was lots of fun.

Later on in the month it was on to Atlanta, where a very dedicated and talented group of woodworkers hosted me for four very full days of carving workshops. I got to help out on some diverse carving projects that the members were working on and also show and talk about some of my own stuff. Judging from the number of plans that I sold, I think these guys will be practicing their woodworking skills for quite a while into the future. Call me if you get stuck!

Back at Allan Breed School of Woodworking in April we carved a basket of fruit in the style of Samuel McIntire in the How to Use Carving Tools class. A really good project to develop an understanding of what each carving tool is capable of, and you get to go home with a very cool carving! Hang it on the wall or stick it on a giant chest on chest someday. 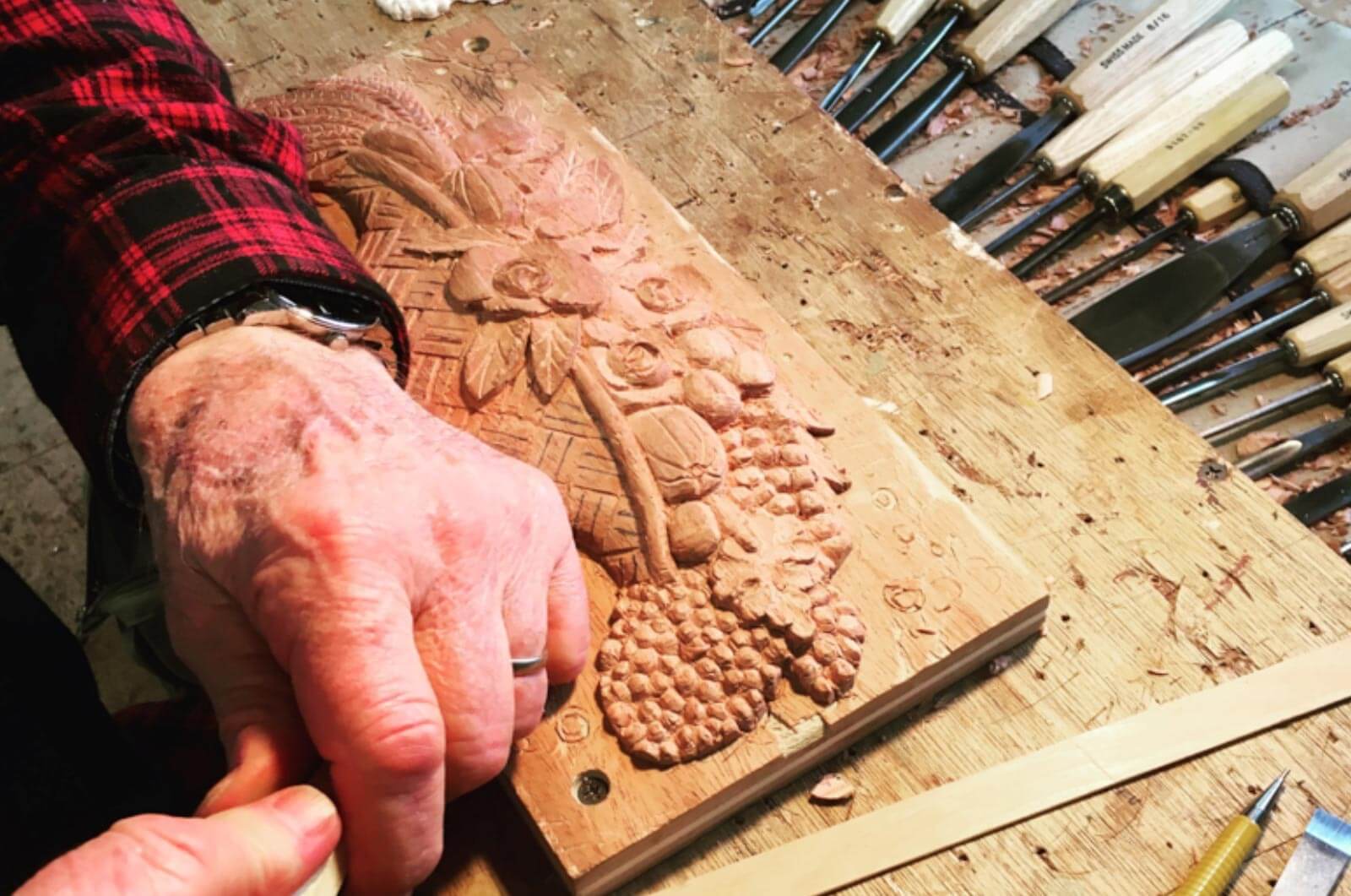 Just a few weeks ago the Carving in the Newport Style class had some very hard working guys doing concave and convex shells, ball and claw feet and knee carving. With these skills you’re ready to do a really nice block and shell piece, probably on the bucket list of most avid period furniture makers. 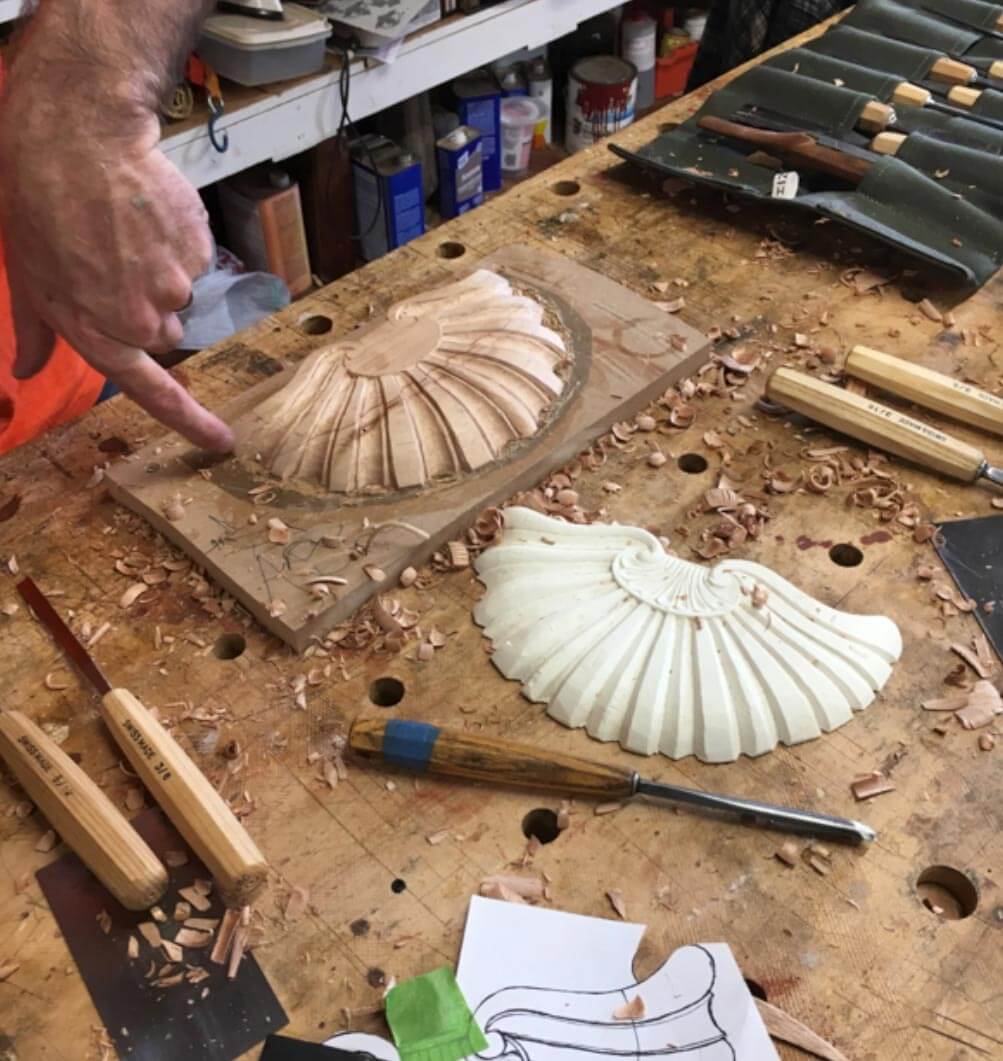 A good class to develop your eye for detail and tool control techniques to do those fine Newport knee carvings (and do a little research in the RI furniture books). 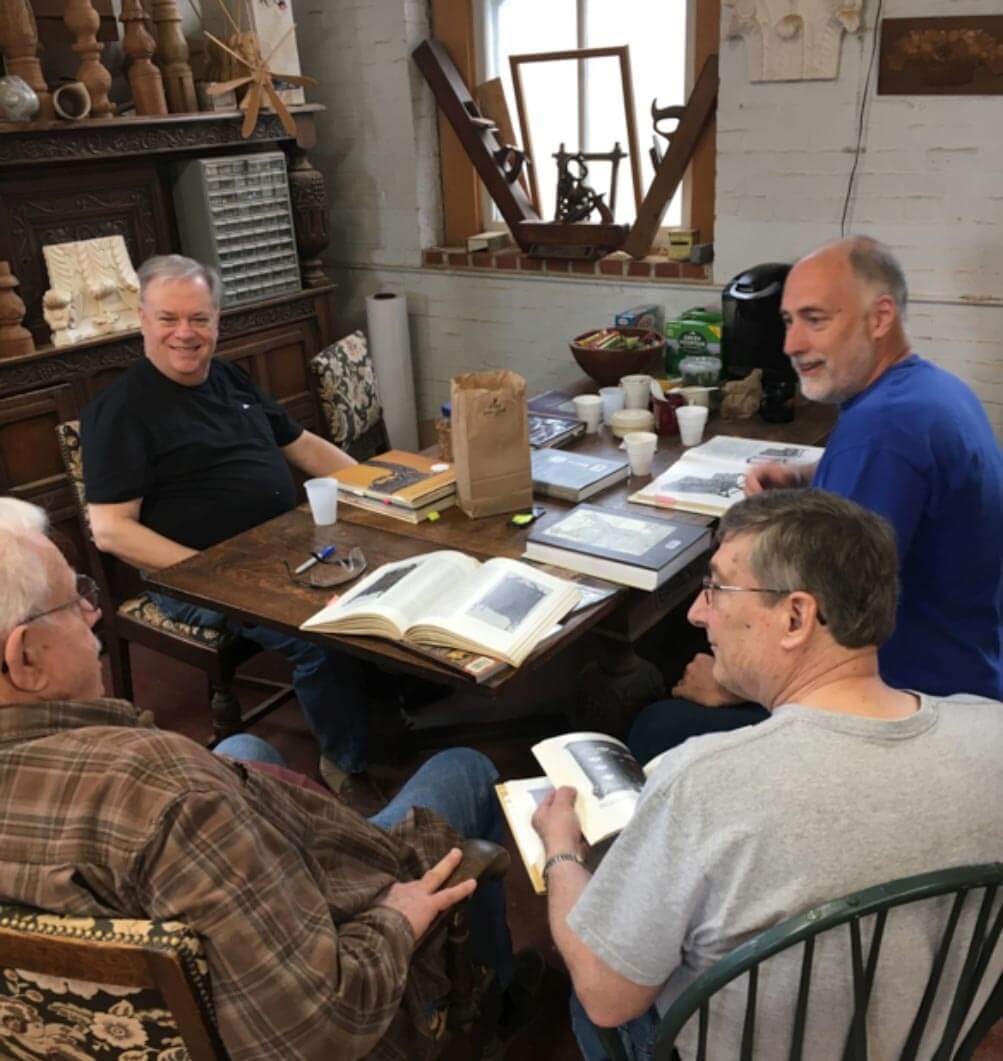 A few weeks ago a good group of hearty souls braved our frigid and wet April weather to do a One Day Ball and Claw Workshop. Everyone really did a great job and learned a lot about the details and tricks to doing the foot and using not only carving tools, but scrapers and spokeshaves too. I think I’ll see some familiar faces in the Carved Footstool class later this year as they practice four more feet with a bit of shell carving and traditional joinery thrown in too. 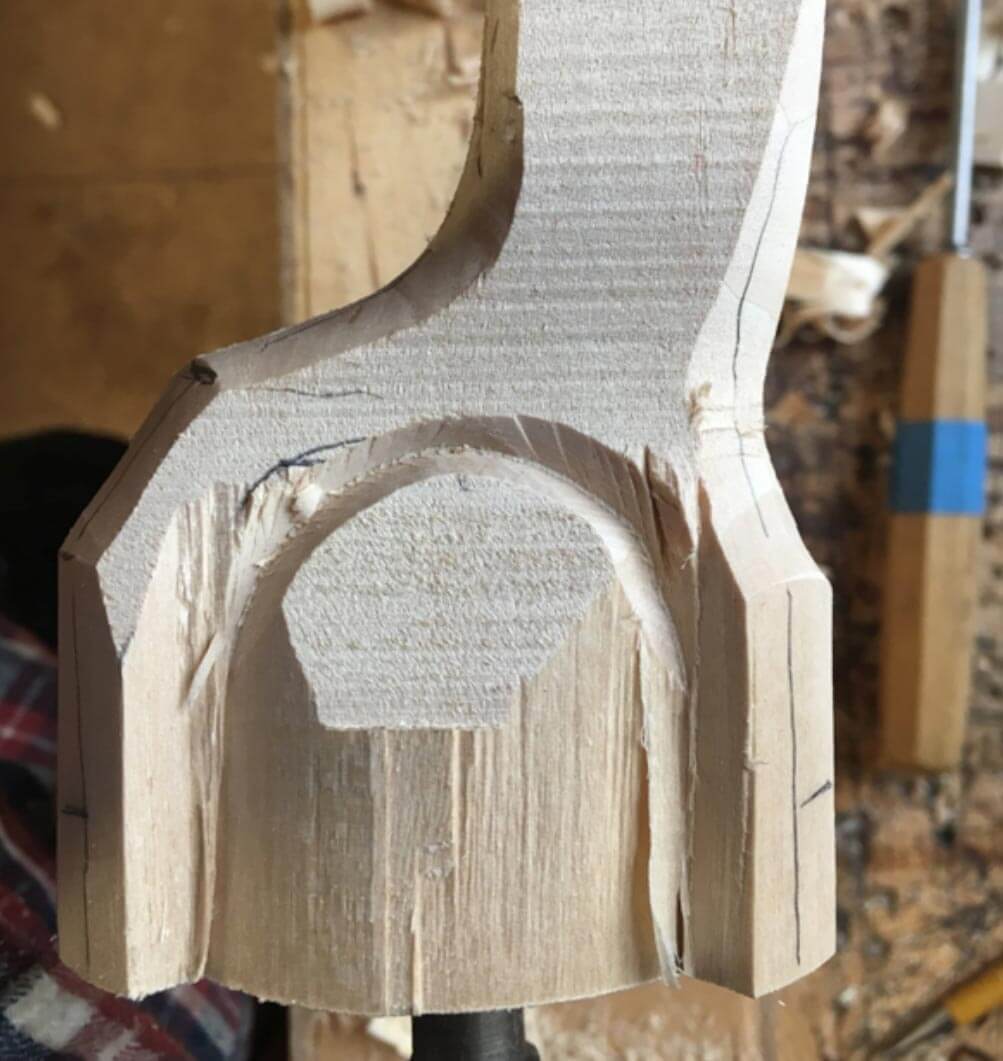 Except for the cold spring (or maybe it’s like this every year and I just erase it from my memory) it’s been a fun start to the season. Check out the class page for some more carving and project classes, especially the four draw Newport chest- an unusual opportunity to learn how to do the tricky parts of an iconic New England piece. See you soon!